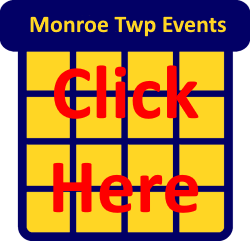 Monroe Township lies in the central portion of Pennsylvania, in the heart of the Susquehanna Valley. The Township is situated in the northeast corner of Snyder County, along the west shore of the Susquehanna River, just north of Selinsgrove and across the river from Sunbury. Its western boundary is also water bound–—formed by Penns Creek, whose waters are known for excellent fishing. Union County forms the northern boundary. In addition, the Township surrounds three sides of Shamokin Dam Borough.

Historically, agriculture has been the foundation of the Snyder County economy. With the gradual improvement of US 15 to the Township’s southern border, increasing numbers of Susquehanna Valley commuters have settled in Monroe Township. Many residents today work in Sunbury, Lewisburg, Williamsport, or Harrisburg.

The territory known today as Monroe Township, Snyder County, has been inhabited by people of many different cultures through history. From Native Americans to American colonists to Pennsylvania citizens, these people have employed the resources of the region in creating and sustaining their community.

Prior to European colonization, the Susquehanna River Basin was the territory of the Iroquois Confederacy, also known as the Five Nations. Native Americans traveled throughout their territory, following the seasonal migration patterns of hunted herds and the growing seasons of native vegetation. The established trails and paths across their region connected present-day Northumberland, Snyder and Union Counties with other tribal lands primarily north, south, and west. The Confederacy shared portions of its lands with the Delaware and Shawnee tribes, who occupied the Delaware River Basin, since Native Americans did not profess to own the land or its resources.

The first Europeans to see the river basin were French explorers and various Christian missionaries in the 1600s. The French sought new resources for wealth and industry, namely timber and furs; the missionaries pursued “evangelizing the unbelievers.” These excursions brought few Europeans to the North American continent and were limited in duration but initiated cultural conflicts that would only intensify.

The first European settlers in the region were German, English, and Scotch-Irish immigrants and colonial descendents, who had left the Philadelphia area to establish new homesteads in present-day Snyder County around 1723. Where they found fertile soils and abundant water supply, particularly along Penns Creek, they laid claim to the land and began cultivating a self-sufficient lifestyle.

Claiming sole ownership of plots of land, these settlers quickly offended the Native Americans. Treaty negotiations were proposed as the solution to these conflicts. In 1754 through the Albany Treaty, the Proprietaries of Pennsylvania purchased land from the Six Nations. However, the Delaware tribe disputed the right of the Confederacy to sell their hunting grounds and settlers ignored the treaty boundary, claiming its location was unclear—so conflict continued.

In 1755, Native Americans attacked settlements beyond the treaty boundary. This attack was known as the Penns Creek Massacre and was the first significantly documented regional event. In 1768, the Treaty of Fort Stanwix was made with the Six Nations, moving the boundary of ownership north and west of present-day Snyder County.

Frontier families grew cereal crops of wheat and rye. As harvests increased, the raw surplus was exported to eastern cities. Mills were constructed to process the wheat into flour and to distill the rye to whiskey for local sale and export. As the local economy became more diverse, and as river traffic increased, merchant businesses developed in the small villages along the riverfront.

The Susquehanna River was the first highway for moving goods from the frontier settlements to the eastern cities. The river offered inexpensive downstream freight transportation by raft and keelboat. It took several days to reach the continental shores from the northern reaches of the river; however the riverside villages hosted numerous taverns and inns for the river journey. Upstream travel, on the other hand, was difficult if not impossible. So rivermen typically disassembled their rafts and traveled upstream by foot or wagon.

Individual land ownership in eastern Snyder County dates to 1773, when Captain Richard Manning received a warrant for the survey of 300 acres. It was also during this year that the path between Sunbury and Carlisle was improved to a road condition but was still known as Old Trail. Manning would later sell the tract to the Hummels, who immigrated to Snyder County between 1793 and 1799.

During the years of river travel and trade, there were as many as eight taverns and inns along Old Trail in what is now known as Monroe Township. John Jacob Hummel was the proprietor of the Rising Sun Inn, Hummels Wharf. He owned two stills that supplied his business. Hummel later became a road supervisor and bridge reviewer in Penn Township. The stage coach line through Hummels Wharf brought a steady supply of patrons to Hummel’s and others’ establishments.

In 1826, construction of the Pennsylvania Canal was authorized to facilitate upstream transportation. The canal was designed as a parallel waterway to the river that would allow boats and rafts to be pulled upstream by horse and mule teams. This new transportation route would be the first of several that moved the primary transportation corridor farther west from the river. The canal opened in eastern Snyder County in 1830. Canal use peaked in the 1860s but continued into the 1890s. Though the canal significantly improved the reliability and safety of river

transportation, further transportation improvements were on their way to the region. During the 1840s, railroads increasingly became the preferred means of transportation. Rail transportation was not dependent upon water flows and temperatures and the energy supply—timber—seemed endless across the country. Railroads constructed during 1840s gave more transportation options to many Pennsylvania regions, but rail lines through mountainous areas, such as Snyder County, that were burdened with more extensive engineering and more expensive construction costs, were postponed. Early rails across the state drew transportation business away from the county and the Township until local lines were designed and laid in the 1880s and 1890s. Known as a transportation hub since the early river days, Hummels Wharf was even proposed as a freight yard site, however such plans never materialized. The Philadelphia and Reading Railroad was built around Blue Hill in 1882.

Snyder County was officially established on March 2, 1855 from a portion of Union County. The county was named for Simon Snyder, a former resident and Governor of Pennsylvania. Monroe Township was incorporated just over a year later on May 23, 1856, from portions of Penn and Union Townships. The Township was named for James Monroe, the fifth President of the United States. The Shamokin Dam Borough would later incorporate from the Township in 1927.

early 20th centuries. The Monroe Grange was organized in 1874 and was the first grange in Snyder County. Hummels Wharf established its own post office that same year. Schreiner’s Church was built in 1882. Rolling Green Park opened in 1908. The Evangelical Church was organized in 1914. The Susquehanna Valley County Club was established in 1921. The Monroe Township Elementary School was built in 1926. The Hummels Wharf Fire Company was formed in 1931. Finally, the Penns Valley Airport was organized in 1945. Statewide transportation access impacted the Township in 1944 when US 11 and 15 was constructed. The new highway replaced the Old Trail as the primary route through Hummels Wharf and Shamokin Dam and moved the primary transportation corridor farther west.

Throughout the Township’s early development, agriculture remained the primary land use; however changes in agricultural methods and technology impacted farming in the Township. Booming grain production in the Midwest in the early 1900s drew business away from small farmers in the Township and across Pennsylvania. Many local farms successfully converted to dairy and poultry production, some of which were associated with corporate agricultural brands. Some farmers continued to run their farms but supplemented their income with other local employment. Amish and Mennonite farms survived through their community ties. Other independent farms chose to close and sell. In 1950, only half of the population was still farming.